Timing is everything for Ursula & Daniel. It never happened in high school but, thankfully, they realized they were meant to be! Daniel even proposed at the school they had attended together. The two of them planned and then postponed due to Covid-19, a large traditional wedding. Ursula & Daniel did not give up on the ‘just married’ feeling. They chose to elope on the rooftop of the MADE Hotel in New York City. The greenery-filled, outdoor/indoor space allowed for all the sophisticated NYC vibes alongside a  romantic garden look.  Ursula beamed in her off the shoulder, lace sleeve gown as she walked down the aisle to join Daniel. The newlyweds celebrated with their guests. and took in the views, before enjoying some of New York’s finest restaurants. Join them in their journey with Simply Eloped, as they left behind all the worries and embraced the idea of a stress-free day.

What was your first impression of one another? How did you meet?

Ursula:  Daniel and I met in high school. We both had mutual friends but never hung out with one another. However, after running into one another a few times and talking a little, we both developed crushes on each other!

Ursule: I always love to tell people that I asked Daniel to prom in high school and he turned me down. So Daniel decided to take me back to the high school gym, the very spot where I asked him to prom, and he asked me to marry him. I accepted with a huge ‘yes’!

Ursula: We chose to elope after postponing our larger wedding reception due to Covid 19. We still really wanted to get married and not postpone the joy of the day. Daniel and I are both from the New York City area and love the MADE Hotel because of the rooftop vibe. It gave us a great view plus the ability to have indoor and outdoor space.

What attracted you to the venue you eloped at? What were your favorite parts about eloping there?

Ursula: The main attention for us was the space itself.The rooftop lounge gives off a cozy yet chic vibe. We love greenery too, so the hanging plants combined with the disco balls were perfect. Our friends and family that came loved the outdoor space too. Hands down though, our favorite part of eloping there was the fact that we got to stay onsite at the MADE Hotel. It made the celebration for us, as a couple, feel even more special. Everyone was not only so nice to us, but we could feel their excitement for us to be married!

Ursula: We felt super confident and prepared before the wedding. Simply Eloped really took care of so many details for us that we were able to go in with a clear head. So, to prepare, we both wrote our vows, picked up the cupcakes we wanted to serve for dessert, and got ready for the big moment! We both felt super excited to be getting married.

Ursula:  It was beyond wonderful! Simply Eloped set us up with fantastic vendors and were always there to answer every question we had. And, trust us, there were a ton of questions in the week leading up to the elopement. They made everything so easy and clear for us that we were really able to sit back and focus on us getting married without stress.

Ursula: After the ceremony, we had some snacks and cupcakes with those in attendance! Then Daniel and I celebrated by going out for a nice dinner at The Smith, and got some drinks after at Oscar Wilde.

Ursula: Focus on having the day you want without worrying too much about what everyone around you will think. I know this can be hard, but if an elopement is what you want, go for it. The process is much less stressful and, at the end, all that matters is that you and your partner are happily married! 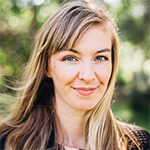 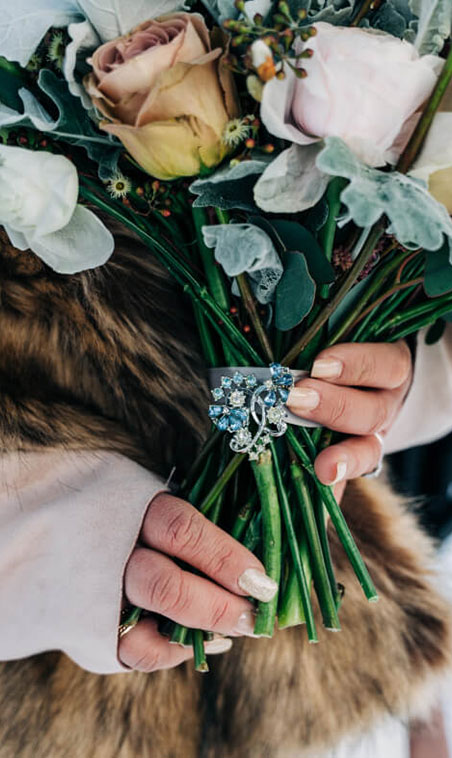