They say the best romantic relationships are made from a strong foundation of friendship. Crystal and Tiffany met through a mutual friend and even though there was instant attraction, (Tiffany said she remembers noticing Crystals kind eyes and positive energy; Crystal says Tiffany was mysterious and intriguing) it wasn’t until six years into the friendship that they decided to give romance a shot.

They dated for a year before getting engaged but Tiffany said she knew from their first date that Crystal was the one she wanted to marry. The night of the big question, Tiffany took Crystal into a wide open field, with sparkling stars above them and luminaries lit up all around. Tiffany asked Crystal to marry her and she, of course, said yes.

Their genuine love for each other is palpable. “Tiffany is the gentlest person I have ever met. She treats every emotion or feeling I have with genuine respect and kindness. I have never felt so cared for in my life,” says Crystal. They get to share intelligent conversations and feel safe sharing their opinions freely. Even if a heated debate arises, they have no problems trucing over ice cream. Crystal attributes this to the authentic love and respect they have for each other, saying, “I never question her love, respect or kindness toward me.”

The two share a lot of common interests which makes being together easy and fun. They spend their days camping, kayaking, attending MLS soccer games in Orlando and going to see live music. When they are home, bliss is snuggling on the couch with their 10-pound  Italian Greyhound named Luigi, who they rescued from a shelter.

When it came time to begin wedding planning it was pretty clear to Crystal and Tiffany that they didn’t want to go the traditional route. Crystal said she had been Maid of Honor in her best friend’s wedding and saw the stress she went through on her big day. They both wanted to be present and have space to soak up the moment and each other. The two decided on a New Orleans elopement in City Park because of its nature appeal. They are outdoor enthusiasts and the beauty and serene atmosphere of City Park appealed to them. The ceremony was held on a beautiful April day with the park in full bloom. That day, there had been some flooding and tornado warnings, but by some sweet miracle, the weather held out for their ceremony and photos.

Tiffany’s favorite part of the day was seeing Crystal in her wedding dress, which was Aubrey Hepburn-inspired and an homage to Tiffany’s favorite movie, Funny Face. “She literally took my breath away and I couldn’t stop staring at her for the rest of the day!,” says Tiffany.

When it came time for officiant Michele to pronounce them married, the excitement in Tiffany’s eyes is what stood out in Crystal’s memory. “I was finally married to the woman of my dreams!”

When asked how our staff and vendors did the happy couple said from the first email interaction with Janessa, they knew they had picked the right company. “All of our questions were answered quickly and thoroughly, helping us feel comfortable and confident about the wedding day.”

“Janessa e-introduced us early on to both our photographer, Natalie and our officiant Michele. As a same-sex couple, you go into these introductions hoping to be met with open minded, kind people…Michele  was just that and worked very hard, through multiple emails with us to ensure our ceremony was written exactly how we wanted. Natalie was also incredibly kind and worked with us ahead of time to understand what we were looking for in our pictures. ”

We wish you all the happiness in your years together!

All photos credited to Natalie Koen of Simply Eloped. 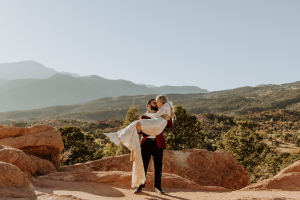 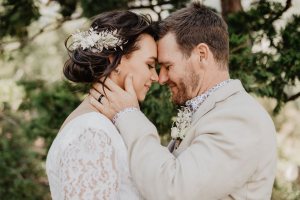 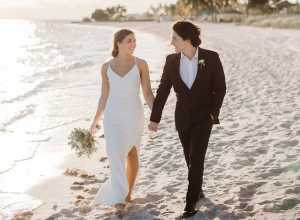 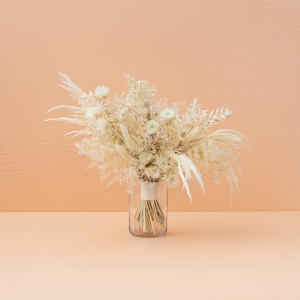 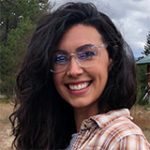